Kate certainly knows how to throw a party. For her recent birthday, she arranged a very small party beginning with cocktails at Scott's house. She then arranged three teams of four people each and started handing out clues to each team. It was a race around the city with the first stop at Grammar's. At drinking establishments, she arranged to have bartenders hand out the clues. Bonus: several of the clues had a tidbit of Cincinnati history. 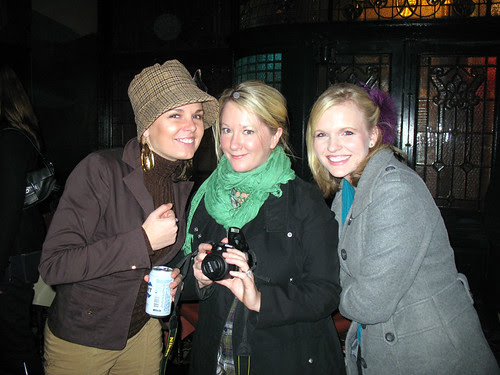 Some of our fellow competitors
Next stop was Holy Cross Immaculata Church in Mt. Adams where each team found a lit votive and a clue leading to the Blind Lemon. The hardest part of this stop was finding a free legal parking place. Luckily 5chw4r7z was on the lookout, managing to find a legal space and what a good thing that was. Some unlucky car was being towed as we headed out of Mt. Adams and off to Race St. 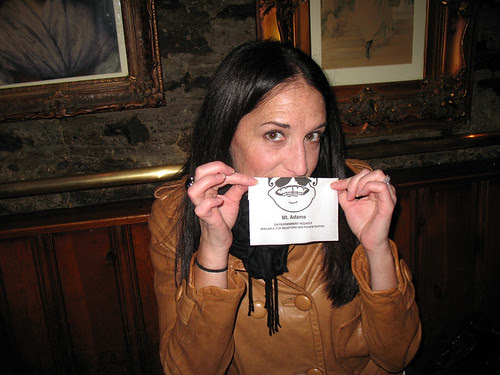 This is where things really got interesting because we over-thought the clue and headed to Yum-Yum. The nice old couple who own the restaurant noticed the ruckus outside (and Brian looking under the door mat for a clue) and came out to see what was going on. They had no clue, literally and figuratively as to what was going on, but let us take a picture with them to add to the fun. 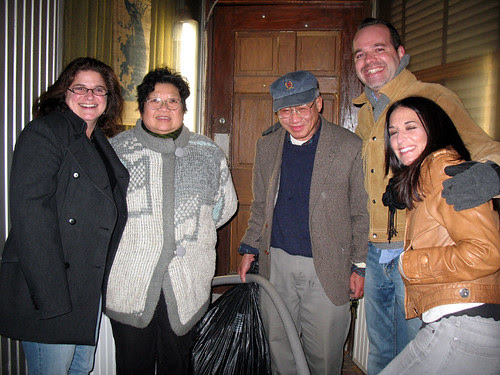 The clue we were looking for, taped to a wall down the street, led us to Tonic on Fourth.
Tonic, and the adjoining Local 127 are two of my favorite new downtown establishments. But that's a post for another day. With a drink here, added to the several before it, Kate expected us to do math! The equations revealed the address and street where the contest finished, which we already knew but went through the exercise just for fun. Now here's where we thought we were going to win- you had to have a 1976 coin with you when you arrived at the destination. We were close enough to casa de 5chw4r7z to go home where we found not only a coin from the year of her birth, but a bicentennial quarter. Alas, the prize was within our grasp- except for the fact that we were too slow and another team beat us there with a coin from '76. At least we weren't after the million dollars. 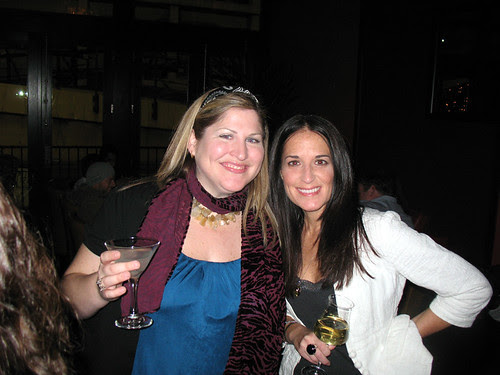 You might want to call. The owners are still there but I don't see the sign out. Then again, I'm not downtown during the day. They might be open for lunch

Great idea and sounds like so much fun! I might have "borrow" your idea for a date night. Awesome!