5chw4r7z and I ventured out to the west side yesterday to meet Democratic congressional candidate Steve Driehaus at the Front Porch Coffeehouse. Driehaus outlined his positions on several major issues starting off with the foreclosure crisis. One thing I really liked was Direhaus' commitment to the needs of urban core residents. Additionally, there was an opportunity to discuss how campaigns are run and Driehaus addressed the ad his opponent has been running on local tv. I get tired of all the negative advertising that goes on in many political races. When a candidate tears an opponent down in an ad it takes away from the real question: what are you, as a candidate going to do and how are you going to accomplish it?

Driehaus has a 97% attendance rate as a state representative since his first win of the office in 2000. He serves on the Govenor's Forelcosure Prevention Task Force as well as committees including Finance and Appropriations, State Government and Elections, Public Utilities and Insurance. You can find more information about Driehaus here

So there IS something fun to do in Mason

I went to the AVP beach volleyball tour sponsored by Crocs on Friday where I had the opportunity to meet Olympic gold medal winner Misty May and see her work the court with her partner Kerri Walsh. 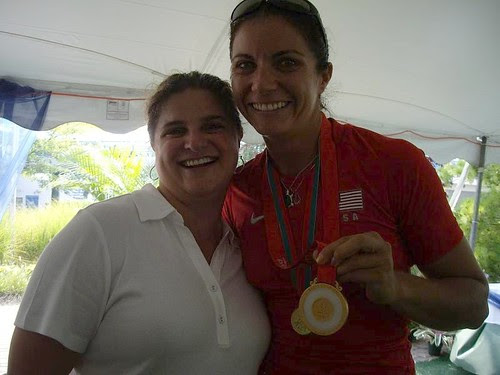 And although I didn't get to meet the men's gold medal winners Rogers and Dalhauser, I got to see them play & managed to get some half decent pictures. During the Olympics, I wondered why the women were in skimpy bikinis while the men had to wear tank tops. To which 5chw4r7z came back with "who'd want to see that?" I, as well as just about every other female I polled, would! I found out it was some kind of 'rule' at the Olympics. Well, this wasn't the Olympics, baby. 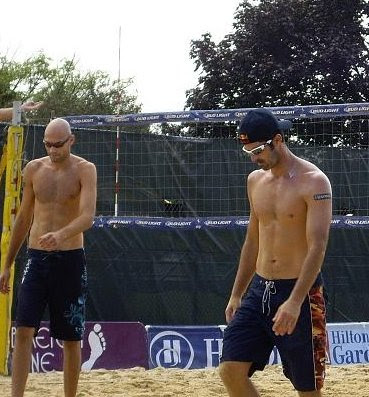 Boss & Ross looked like they knew what they were doing too. 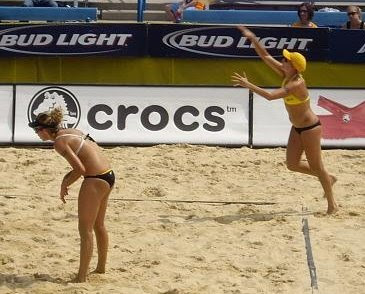 By the way, the entire Crocs advertising campaign seems to be centered on "We're ugly, we know it, but we're comfy"
Posted by Ms5chw4r7z at 5:10 PM No comments: