Although I've never been a supporter of the war, I do support all the brave men and women in the armed forces, particularly those serving in Iraq. With that in mind, I went down to Great American Ball Park yesterday for the Celebration Service for Staff Sergeant Matt Maupin, who was captured just a few months before we moved down here. After nearly four years of searching, his remains were found late last month and he returned home on Sat. I was out on Rt 32 on Friday and yellow ribbons were everywhere in Newtown along the route from Lunken Airport to the viewing site. At the service I thought I wouldn't cry since I didn't know him personally- that went out the window when they started showing pictures of him on the scoreboard and I could make out his parents in the front row. 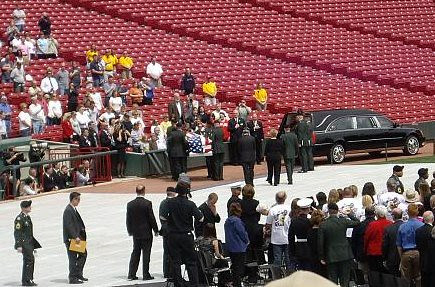 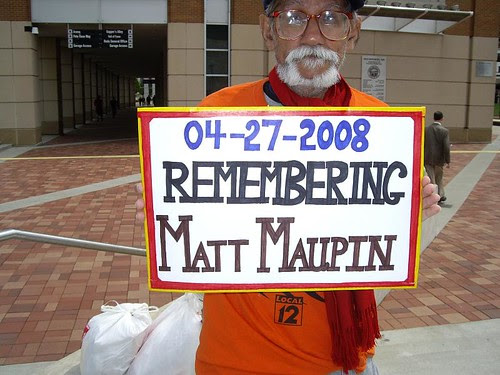 I should have known something was up when I walked in the room. And really I did, when I saw there were about 15 people and it was only the second week of the spring sessions. The room should have been packed. The regular instructor doesn't teach in the spring or summer. So who's the new instructor? Well, today's hip-hop class was taught by a 60ish white guy with a beard and a do rag. He knew what he was doing and did some ok things but it just didn't pop & flow like Danielle's class. I think I'll be sticking with Zumba until the fall sessions start up.
Posted by Ms5chw4r7z at 7:30 PM 2 comments:

Being up in Youngstown last weekend made me realize there are some things I miss about the area. These things being:
Note that most of the things I miss are in or near Cleveland.
I once had a boss who described 5chw4r7z and I as Clevelanders living in Youngstown. I think that says it all.
Posted by Ms5chw4r7z at 7:05 PM 1 comment: