Local 127 has opened in the former Pigall's on Fourth Street. 5chw4r7z and I were actually intending to have drinks next door at the lounge formerly known as Twist. The former Twist location won't be open for another two weeks. So we winged it, as usual, and decided to check out Local 127. 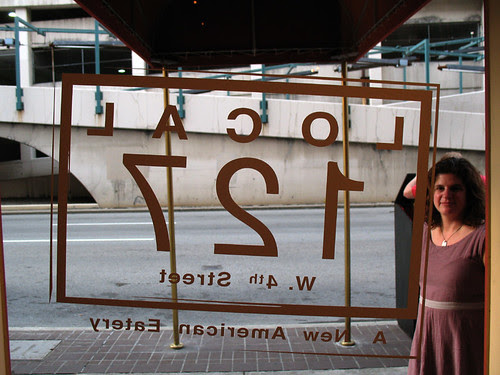 Local 127 bills itself as a New American Eatery. The menu sounds like it will change regualrly based on local availability of ingredients. For instance, we were told this would be the last week for locally grown tomatoes. Local 127 prides itself on using only local source ingredients; from the farm to the table.

First stop: the bar (of course) where we were able to take in the decor of the entire lower level while chatting with bartenders Jody and Laura. We also met managers Craig and Christina who outlined some of the previously mentioned philosophy and mission for the restaurant. There was an excited, expectant energy in the air, very similar to opening night of a play. The staff were doing final preparations and waiting for the audience-er, customers, to arrive.

Next: Tours of the establishment including the meeting/party room, upstairs lounge and kitchen, which was, by the way, immaculate. There are plans to have a chef's table in the future where small groups would have an opportunity to be in the kitchen and see their food being prepared. 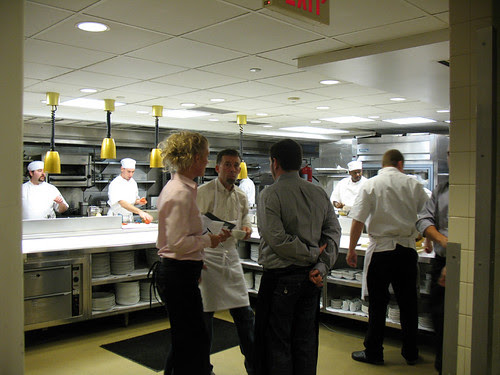 Last: We tried the Kentucky Bourbon Sundae. One word to describe it: RICH. This is undoubtedly a dessert to be shared and way more than one patron would likely want to consume on their own, especially after a full meal. I tasted a hint of coconut on the first bite that quickly gave way to the bourbon taste. Now, I'm not a bourbon connoisseur at all, but I thought the amount of bourbon was perfect. There was definitely more than a taste but it wasn't overpowering. 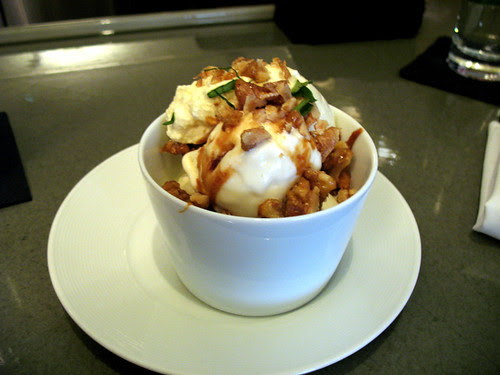 Tonight was truly a delightful experience at what is sure to become one of Cincinnati's premiere dining establishments.
Posted by Ms5chw4r7z at 7:42 PM

This place look pricey y'all! Rondell more of like a B. K. kind of gal.

Love that picture of you. Did the Mr. take that?